Hinata Kino (first name changeable) is a beautiful office lady of Cypress Handbags who is feared by her coworkers due to her perfectionism and irritable personality. Despite that, she’s one of the best saleswomen the company has, and the company has made her the lead in a major project.

However, a dream that transports her 400 years in the past as a cursed oiran that grows black wings from her back somehow becomes reality when she wakes up with those same black  feathers on her own back.

In addition, three men in her life seems to be connected to her past... will she figure out how to remove these wings? What roles do these men play in her past...?

Or is she truly cursed, and despite her best efforts, will be forced to become a tengu? 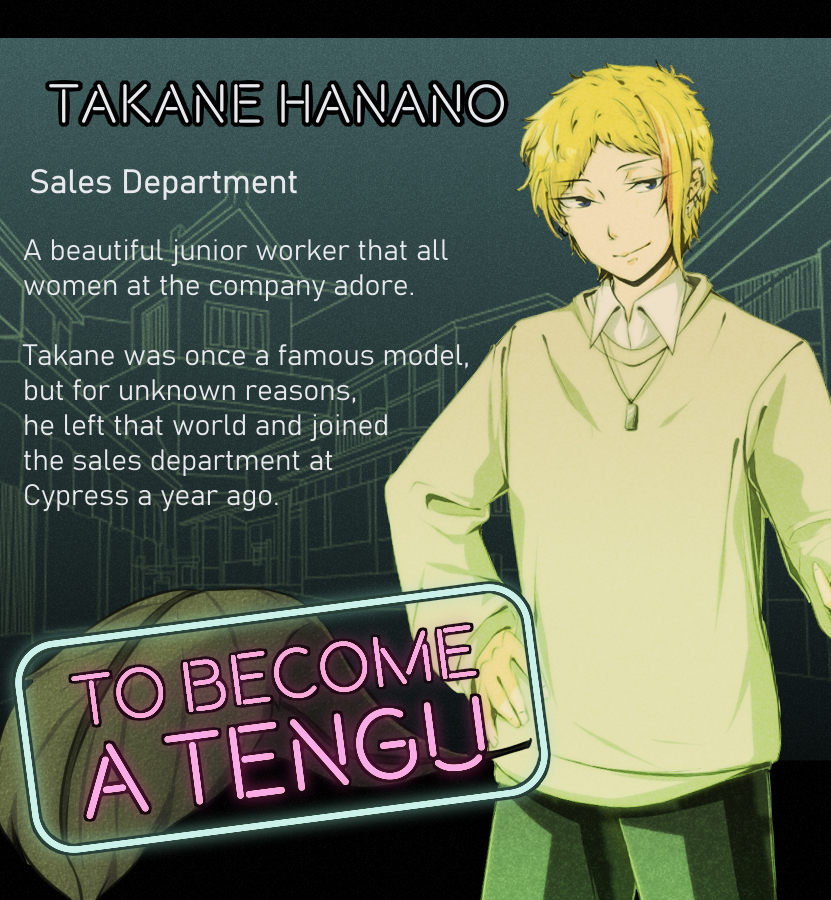 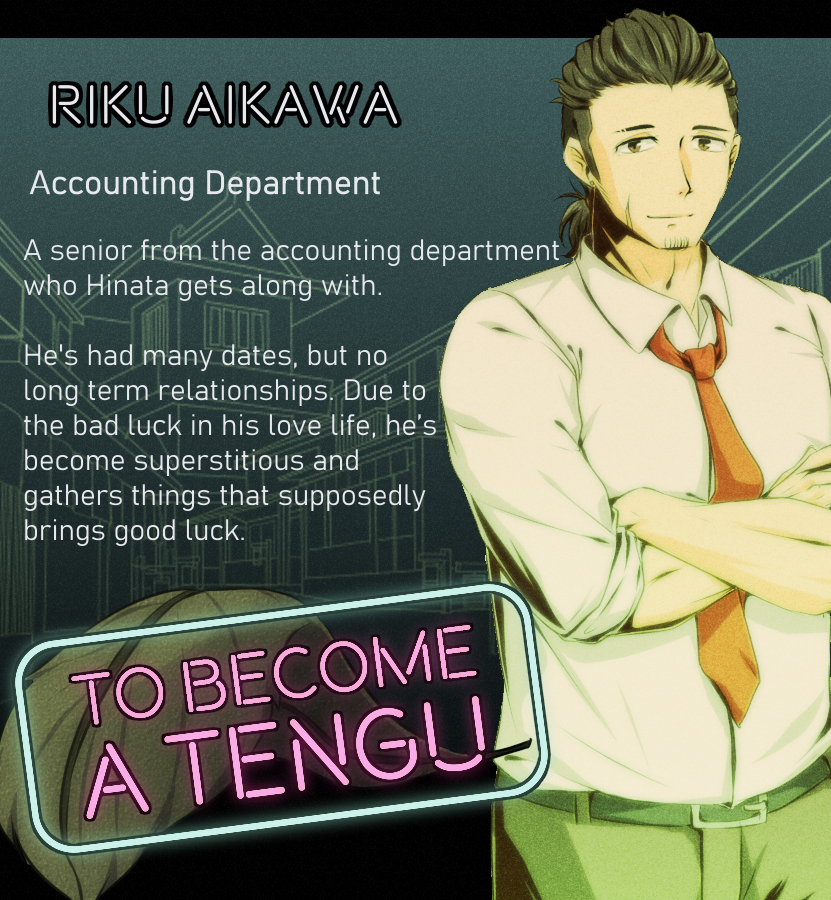 VERSION NOTE: The game would sometimes get an error when on the main menu. Just click 'ignore' and the game will start.

-Which version did you play? (PC/Mac/Android/Web?)

This was a really great demo and I'm excited to play the next release! The story is intriguing, the artwork is stellar and I love Hinata's personality!

Hi there! I see in the Devlog you put the game's release date next week. but the download says version 1.0. So is the full version out now?

Oh, it's not out yet!
We'll post a devlog announcement for any updates.

probably nitori's! I like him the most of the three. he seems to know something about the MC's situation, which makes him mysterious, and he's so adorable! i can relate to his quest to have friends but not really going about it well.

I hope the MC becomes a little nicer over the course of the game! that being said I love how serious and hardworking she is. It's nice to see an otome game protagonist who's so businesslike--I personally don't like protagonists who are extremely lazy. still though, being serious doesn't mean she has to be a jerk. of course, there's plenty of room for her character development, so I'm looking forward to it owo

-Which version did you play? PC and Android uwu

-What's your favorite scene/event? my fav scene was when hakumei first learns of her curse.

-Are you interested in playing the full release? hell yeah

Can you please  make a version of the game for arm7 devices?  I really want to play this game.

Out of the three Isseki Nitori stood out to me the most for his creepy yet awkwardly friendly approach but after her dream about Takane I am also curious about his route and why his character was the only one to appear different from his past, so he is a close second.

-Which version did you play? (PC/Mac/Android/Web?)

All the mysterious pass lives and dream portion of the story.

I am also curious about the lore behind the curse.

Thanks for answering the questions! <3

I found a typo you can correct later if you want: "Huh? It's not really like Botan to approach me directy...?" should be "directly".

1. Hard to answer because I like them all! Maybe Takano? I'm interested in learning about how he and the MC may have similar but very different problems.

2. PC, but I can also give it a go on Android if you want feedback on how it plays on a tablet.

3. This isn't quite what you asked, I liked how I first saw what the MC is like during her date with Nitori and then seeing the vision -- like someone else commented, she's really unlikable in the date but then later there was the OH, she's supposed to be Like That, it's part of the point. I thought that was good storytelling!

4. Absolutely!! I hope this gets turned into a full game, I really liked it!

Thanks for spotting the typo!

Would be great if you could test the Android version (but only if you have time!) ^_^

1. Isseki Nitori. He has the most intriguing personality)

3. The dreams (I want to know about the origin of the curse)

Thank you for answering the questions! \^o^/

1. Nitori's! I love his design and personality (I think he's very cute), and his connection to the MC really caught my interest.

3. The scenes where we saw the MC's past.

Thanks for answering the questions! <3

I have a question. So is this only a demo or is this already a full version, just that there will be an "upgrade" planned for the future? I'm a bit confused by that dev post saying this is a demo...

This is a demo! The full version is (hopefully) scheduled on August (SuNoFes).

The art ia familiar for me.... Anyway, I enjoyed the demo. Its intruding

The artist Anta has done art for 4 other VNs (listed right above the comments section), so that's probably why! Glad you enjoyed the demo though!

Thank you! I hope you enjoy it 👍 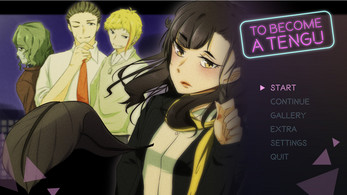 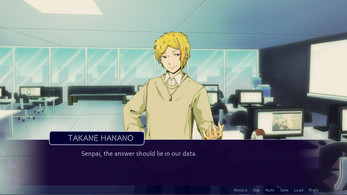 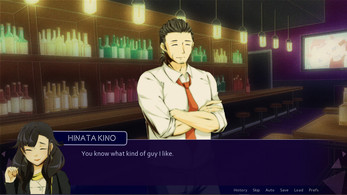